What if the open violence in the U.S. is really an open door? 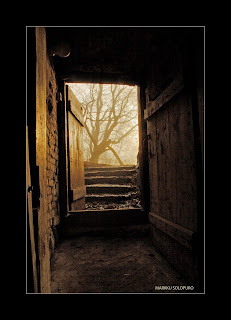 I have watched as the climate of this country has increased in the expression of open bigotry, open hatred, and some resulting violence.

I know it isn’t new or sudden. It has been brewing for centuries.

The fear mongering of the last decade has fed it, the political climate nurtured it.

And... it is right on time in the Cycle of Prejudice.

The upheaval of the last several years was predictable.

In the Cycle of Prejudice, prejudice starts as totally sanctioned; mainstream approved, acceptable, even expected. Think of slavery, for example (though it is not the only example).

Prejudice was the norm, accepted as a fact and created as a foundation within the infrastructure.

Then over time it became less acceptable to some….

…. Then it became less acceptable to more…

soon there was a violent push for it to end (Civil War).

It became law that slavery be eliminated. The expectation was that the prejudice that accompanied slavery would also be eliminated. Laws went into place to require equality between blacks and whites in various forms, various settings.

…But you can’t mandate will.

While there, it festers and brews. Blame, stereotypes, anger; they all grow – deep and dark – until, suddenly they erupt.

During the era of mandated will when racism was not-so-politically-correct, words and acts of prejudice and violence increase; slowly, subtly at first becoming more brazen, to more blatant (consider the limelight of police brutality, of Black Lives Matter).

The senses of the public become almost dulled to it, almost callous to the occurrences as they rise and increase and become the norm.
And then prejudice again becomes accepted. It is large and out loud; brash, vulgar, and sometimes violent.

That’s where we are again.

Prejudice is loud, large, above board, seemingly approved and accepted.

It is uncomfortable…. But what if this open hatred, open prejudice, open violence is actually an open door?

What if it is the BEGINNING of real respect and equity within our society?

Can you see the possibility?

When prejudice is underground, it is almost impossible to deal with. It is easily denied. It is often subversive, insidious, and hard to identify.

When it is “loud and proud”, that’s when the opportunity truly exists;

…the opportunity for dialog.

The dialog isn’t about an expectation that people are transformed into singing Kumbaya in the streets, holding hands with a happy ending with Grinch-like transformations.

It isn’t about even changing people’s perspectives or how they think.

Such respect is about increasing individual and collective tool boxes. Learning to manage the self in conflict, in differing opinions, in the process of being offended, of not liking someone or something someone does.

It starts with “the choir,” those of us who are already ready, who already get it.

We start by exploring our own behavior, beliefs, implicit and explicit biases; challenging them in one another, owning our sh*t.

It starts by recognizing our privilege (virtually everyone experiences some level of privilege) and stepping into the power and responsibility of that privilege.

In this way, we are at the beginning of a great opportunity to interrupt the Cycle of Prejudice; as individuals and as a society.

Not by punishing the hatred (different than accountability).

Not by futilely attempting to mandate will (that hasn't gone well yet).

But by checking ourselves first – checking our bias, our privilege, our blind spots, our painful spots.

And talking about it.

It starts with you.

And remember, that’s something you have control over.

YOU can start, continue, and expand the dialog.

I look forward to anyone who wants to engage in that conversation.

Do your part – start the conversations.

Photo by Markku Solopuro
Posted by Unknown at 5:35 PM